Lifelites donates specialist assistive technology packages for children with life-limiting conditions using children’s hospice services throughout the British Isles. We’d like to introduce you to some of the children who have used the Lifelites technology, and the impact it has had on their lives. 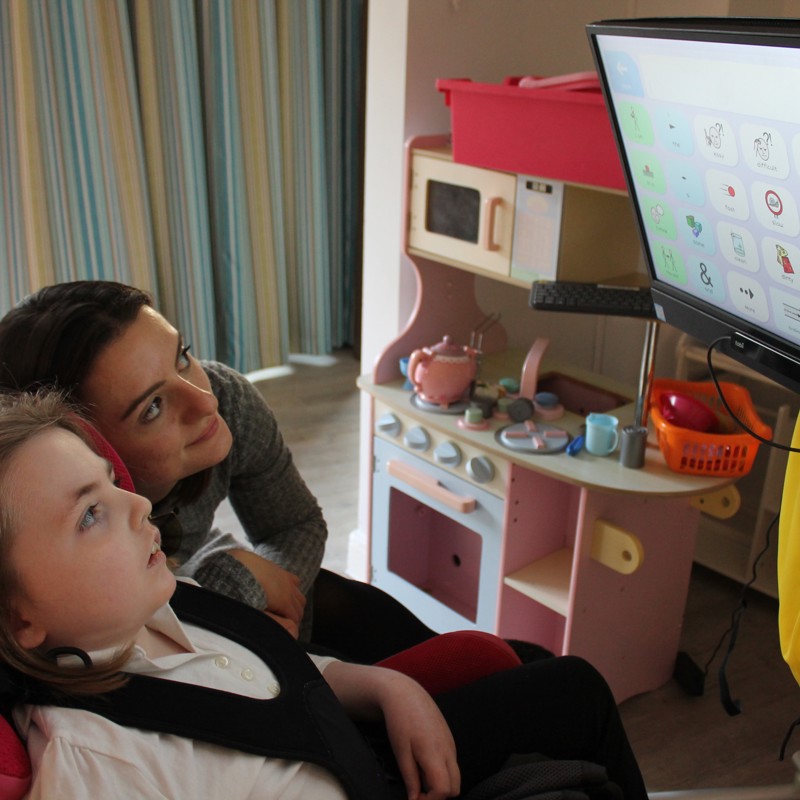 Lifelites is delighted to be able to support Evan. Evan is five years old and is severely delayed in all areas of development and is unable to sit up, walk or roll, and unable to communicate verbally. Lifelites has donated a package of assistive technology to the children’s hospice that Evan uses and we are so pleased to see first-hand how this has helped to engage him.

Evan loves using the Lifelites-donated Mobile Magic Carpet. It is ideal for him as it can easily be adjusted to beam colourful lights and images onto his mat or bed. The projections react to Evan's movements. The colours and sounds help to create a world within the hospice. The Mobile Magic Carpet also helps to improve Evan’s mental health and it is priceless to see Evan so happy and relaxed when playing on it. 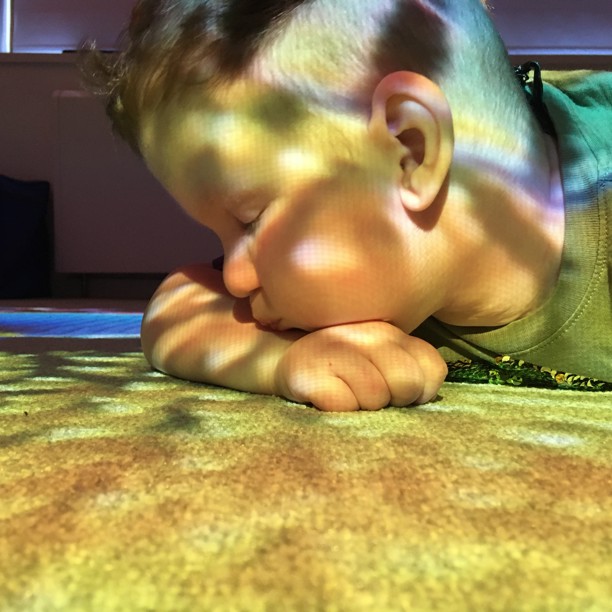 Five year old Belle has been attending Zoe's Place in Coventry. Belle has a working diagnosis of cerebral palsy, is non verbal and has limited mobility. She has recently learned to sit relatively well unaided. Her sight is severely impacted.

Belle is learning to use simple toys which require cause and effect. She loves the switch Beatbo and likes to watch it dance and talk to it. Although she can use the assistive switch to turn it on she has now worked out how to press the buttons on the toy too!

Belle is also using the Eyegaze to play games and help her communicate using Grid 3. This will enable her to use one when she goes to school. She also loves the sensory cause and effects games on the iPads and is getting really good at using it to help her communicate, particularly likes to use it during story time. 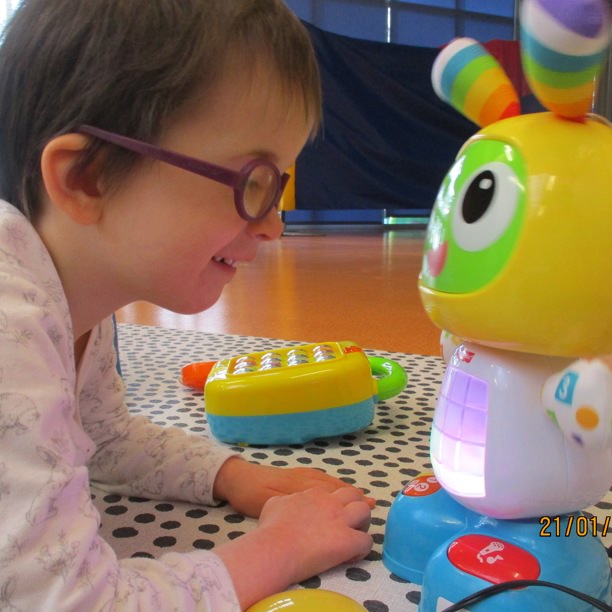 We are pleased to be able to support Lex who has genetic disease called SMARD1, which is a rare neuromuscular disorder which leads to a generalised progressive atrophy of body muscles. The disease has caused very limited mobility. Lex mostly spends time in bed with his toys and movies. He has suffered a hypoxic brain injury which has severely slowed his cognitive development. Nevertheless, Lex is a happy, social boy who laughs a lot and likes to play. He unfortunately cannot speak, not use sign-language to communicate but has really good vision which allows him to use the Eyegaze.

Lex is still in the learning phase but he is clearly enjoying it and it seems to give him a feeling of independence, where he is in control which he really likes. He has been using the Eyegaze as a means of communicating. For example, to choose the toy he wants to play with in real life. The ability to communicate with his eyes has already made an impact on Lex's interaction with his family. "Communication is so important and as Lex can’t speak, can’t use sign language we finally have a means of communication. It is life changing" Lex's dad.

Amara is one of Rebecca House’s patients of pre-school age. She is a non-verbal child and has been diagnosed with Spina Bifida. Amara has been attending Rebecca House for respite care and regularly uses the Lifelites-donated equipment.

Due to her condition, Amara’s mobility is limited, as well as requiring enteral feeds, she struggles with loud noises and it can be difficult for her to play with certain toys. The use of the Magic Carpet in the dream room enhances a calming effect for Amara and it encourages her to crawl across the projected interactive image on the floor empowering her to play and create magical moments. Her favourite projection is the swimming fish, she loves to see the water move and splash! 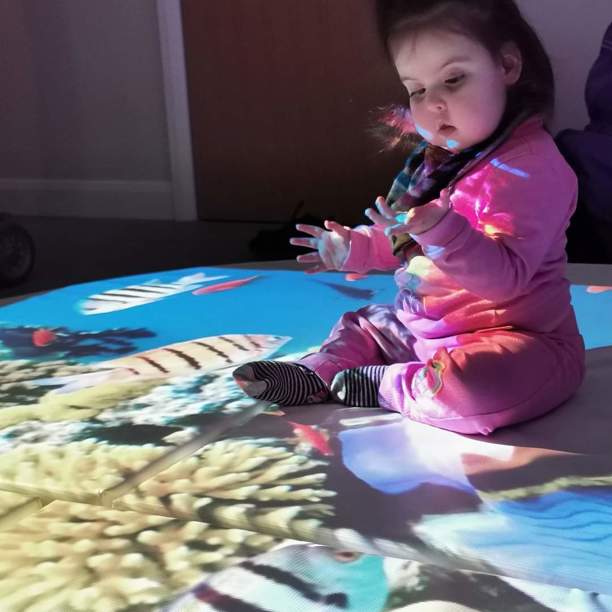